Helping Hands After the Storm

Home Helping Hands After the Storm

In a state of emergency, there is no time for second best. That’s why, for over 50 years, people always call Paul. Paul Davis is the industry-leading restoration company, dedicated to providing immediate & quality handiwork. When Hurricane Harvey first struck, our Paul Davis team was on the frontline, eager & ready to respond with the same approach as the actual restoration teams.

During a time when thousands of homeowners were left feeling devastated due to the terrible storm’s aftermath, there was never a better time for our MomentMakers to actively engage in each interaction. Each new call represented a new opportunity to extend a helping hand.

We were overwhelmed with our team’s incredible response, and will forever be proud of how they handled each interaction with integrity, precision, innovation & a personal touch. Safe to say, their responses perfectly aligned with their four principal pillars! 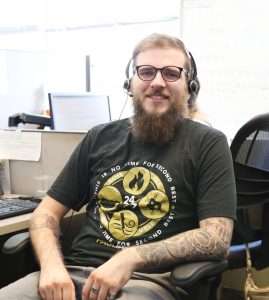 “Working on the Paul Davis team during the hurricanes has been insightful to me. It’s really satisfying to hear if I’ve made someone’s day just by listening to them during their time of need. Engaging in the moment with the customer aligns with Paul Davis’ shared vision to engage customers and practice immediacy.” – Taylor 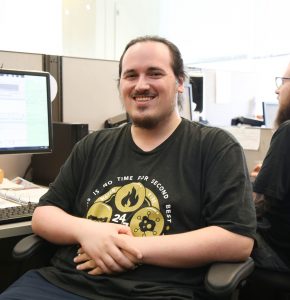 “One experience I had that stood out during the hurricane was for an elderly couple in Florida. Linda was very sweet and understanding that we would be a little delayed in getting to her property due to all of the claims we were receiving. Linda asked if there was anything they could do in the meantime and offered to have her or her husband (in his 70s) get up on the roof to put up some plastic sheets before the crew could arrive with an emergency tarp. I thanked Linda for the offer, but advised that they stay off the roof! I told her that we would take care of her from here because this is what we do! Advised Linda and her husband to just stay safe and dry until we could get there. Linda was very grateful and I even had her laughing about the situation. It was definitely nice to have a moment made call throughout the chaos of the week – really stood out to me.” – Brandon

“When we were initially going into the week with Hurricane Harvey I won’t deny that I was apprehensive for the impending situation. I was not sure how people would be reacting on the other end of the line and also unsure of how I would be able to handle the potential for a surge of emotions that our callers may be experiencing.

Although it was overwhelming at first with a call volume much higher than expected, there were a few calls that really stood out for me. There was a young lady who had me in stitches as she explained her supply kit list of booze, smokes and dog food for her babies. She expressed the trauma the dogs experienced, having to swim many miles to safety, and had much less concern for the fact that her home had been partially totaled.

There was a gentleman who had reached out to us, close to the end of my shift, during the first week of Hurricane Harvey whose spirits were so high we laughed for 30 minutes together while his information was gathered. After taking calls with many stressed clients who were so unsure of how things would proceed, it was a pleasant change of pace to speak with someone who was able to laugh off the events. This gentleman was really able to focus on moving forward in a positive light as opposed to dwelling on the damage that had occurred.

My favorite thing that I have discovered from this situation is about our team. The Paul Davis team is extremely well versed at working together to solve problems and I feel that our team communications have only gotten stronger having gone through this experience together. Although this can be a stressful project to work on at times, it makes me happy when I go home at the end of the day and truly feel that I have helped someone to get on the right path to restoring their life after such a trying time.” – Brittany